Artist ready to paint over rubbish if public reacts

Some may find it irksome - a painting of a small pile of plastic waste, added to an obscure corner of a giant mural featuring the Dunedin’s beautiful environment and wildlife.

But Guy Howard-Smith says it does not have to be a permanent part of his latest artwork.

The Dunedin artist is just days from completing his latest mural on the side of Logan Park High School’s gymnasium, which includes a giant Red Band gumboot-wearing kereru and other native flora and fauna from the area. 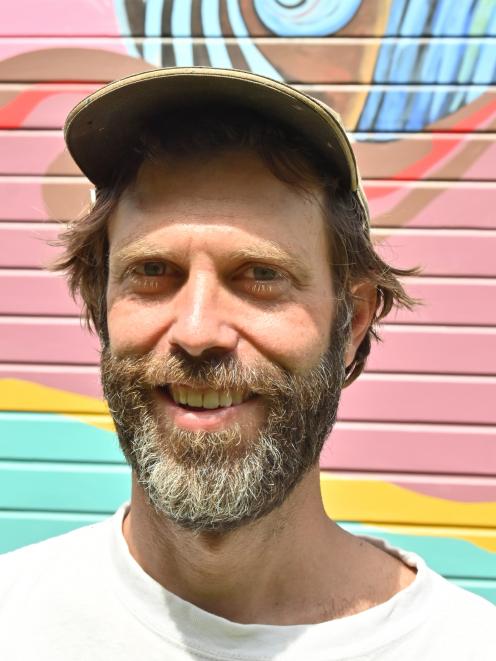 "It’s supposed to represent what’s in the little stream that runs down the side of the school."

Controversially, he has added a pile of plastic rubbish to his mural.

Like many places around the city, he said there was a bit of plastic because there was such a high density of people there.

"It’s nobody’s fault — that’s just where the wind brings it to."

He said if plastic waste was there in reality, it would remain in his mural.

But if the community came together to remove the plastic waste from the area, he would happily paint over it and delete it from his mural.

"It would be amazing if they could get rid of it."

Howard-Smith said he would be finished the mural by the end of this week, but if the area was cleaned up, he would return and edit the artwork.

He was commissioned by the school to create the mural after the public road which runs alongside the school, was widened recently.

More traffic was using it to get to the mountain biking tracks behind the school, he said.

"There’s heaps more people that come down here now. I think that’s why they asked me to do it."

The mural is one of several around the city he has painted, including a collaboration with Aroha Novak on the Crown Hotel, in Rattray St.